This Oklahoma wind turbine dealer made a huge innovation to step out and make this trailer mounted, GRID-TIE demo unit. Initially he was making it to do the 4th of July Parade. The first stab at it missed the height restrictions...

I had a trailer demo in build at one point and had to abort. At some point I will be working on that again to make a model that would be a good example for new dealers to follow. There is a dealer in Colorado who has a demo trailer built. It's a great idea because you could gain such good exposure this way at county fairs, home shows, WalMart parking lots, whatever.

With some 40 Amp heavy generator cords, you could actually use this rig at home between fairs, shows, and parades. One thing is for sure, anywhere you park this it will draw a crowd. 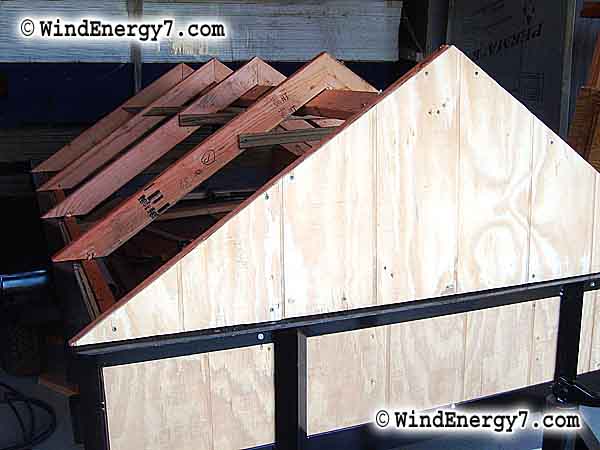 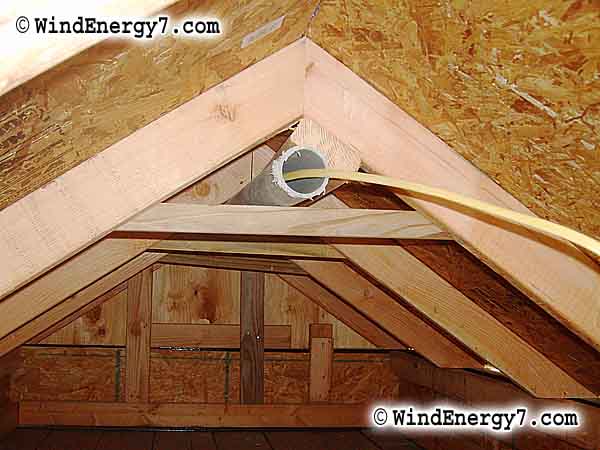 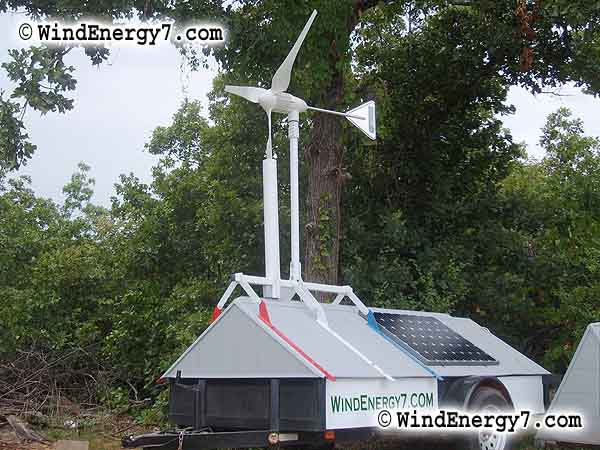 Here you can see his controller and the Grid-Tie Inverter, he's going to put his batteries on the deck here next to the Grid-Tie inverter. 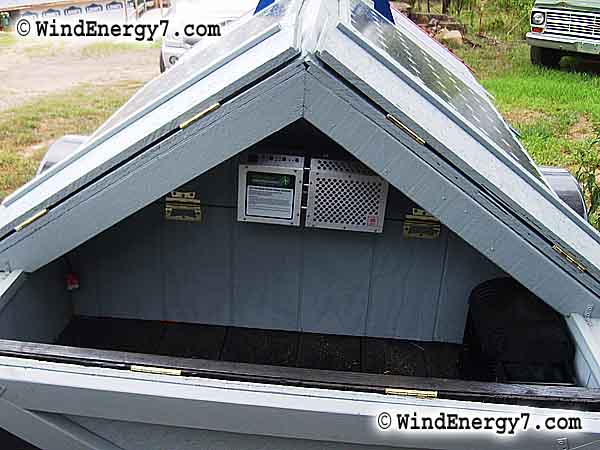 Here the dealer had to come up with an apparatus to keep the turbine blade secured and not allow it to spin or get damaged by turbulence while being hauled around. 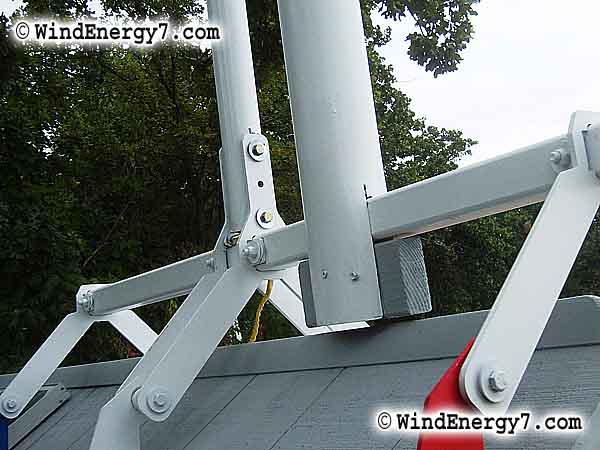 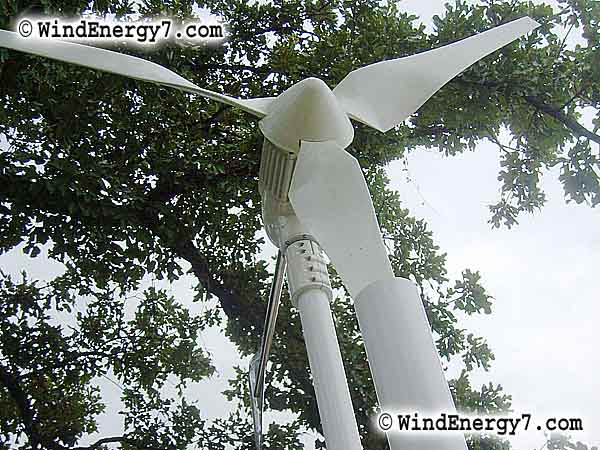