>> If inside my home, I have existing circuit #1 wired to outlets
>> in my dining, hall, and frig. Wiring goes from those outlets
>> to panel breaker #1 which is sourced from the grid. If I add
>> switch #1 between those outlets and breaker #1 to switch to
>> a green breaker panel instead of the grid panel, then I can
>> choose whether to run the frig on the grid panel or the green
>> panel. When the system goes live, I can switch ONLY the outlets
>> on circuit #1 (light load, only dining, hall, frig) to the green panel
>> to start with. I get the system stable and see how the load is.

>> If I see I have additional capacity, I can switch existing
>> circuit #2 over to the green panel which might have TV and
>> stereo outlets. If circuits 1 and 2 are almost using the capacity
>> of the green circuit without exceeding it then I might leave it
>> that way, but otherwise may try another combination of circuits.

>> This approach eliminates any need for whole new circuits to run
>> and allows for easy switching of EXISTING circuits to green panel
>> when capacity allows, or back to grid panel if the load on green
>> becomes too great.

>> The new green panel will be installed next to the grid panel. There
>> will be a switch box between the green and grid panels.

What you are trying to do is in the manual on the page showing the grid-tie. That diagram has a bypass like you are showing but done in the best way.

[EXCEPT] you are going to do a multiple circuit bypass rather than what is drawn there. That one is an overall system bypass that can make ALL POWER go grid or green by using bypass switching.

The only reservation I have is that if not done correctly, you can backcharge the inverter and blow it up. So, if you want to do this, Must be a mechanical interlock so that it protects against backloading the inverter and or double powering the circuit.

So, there is a hardware piece that can be put in your green subpanel, it's a steel rocker that ties two breakers together in a way that if one gets switched off, the other is switched on and vice/versa. That's called a mechanical interlock.

I would get atleast 8 spaces so you can expand this panel. Anyway, there would be 2 breakers for each circuit, tied together by this mechanical interlock. The circuit is wired to these two breakers so that the circuit can only get power from one breaker at a time and the two breakers are tied together mechanically where one is on, forces the other off. 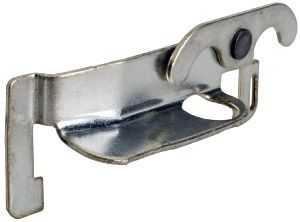 This s a Square D and goes with the QO breakers and panels which are the heavy duty type that Square D sells, that's what I recommend over the lighter duty Homeline products. QO is industrial quality, a few bucks more but heavy duty stuff.

Yes, to do it like you say will make it possible to add loads and lighten loads at will. For Winter you will be able to add more loads, summer will make it easy to trim some loads off the system. I like what you are doing. Just be sure it's using mechanical interlock for safety reasons.
--
turbineZ
--
Wind Turbine Buyer's Guide